On 3rd and 4th December, the Institute of Literature, Folklore and Art of the University of Latvia in collaboration with the National Library of Latvia will be holding an extensive virtual conference “Regīna Ezera and Eastern European Literature”. The programme will include in-depth and wide-ranging lectures by foreign guests, panel discussions featuring renowned writers and theatre professionals as well as presentations of academic papers by local and guest researchers. The conference will be taking place online and available to viewers on Facebook and other websites. The first day of the conference will mainly address the life and work of women writers, contemporaries of Regīna Ezera in the Baltics and Eastern Europe, while on the second day, the discourse will be focused on Ezera's literary legacy and interpretations of her works in film and theatre.

Second Baltic Conference for the Environmental Humanities and Social Sciences (BALTEHUMS) takes place on November 1 and 2. These days the conference takes place remotely from Tallinn University and is organized by the Estonian Centre for Environmental History. Dace Bula, the leading researcher of Institute of Literature, Folklore and Art, is participating in the conference with a study on the environmental experience stories documented in the project "Living Next to the Port".

PROGRAMME OF THE CONFERENCE

The 8th Baltic Student Conference “Bridges in the Baltics”

The 8th Baltic Student Conference “Bridges in the Baltics” is back this year and it is a hybrid! In 2021 it is organized in two formats: on campus and online. The conference will be held on October 22–23, 2021 at Vilnius University. Its aim is to bring together students whose studies and research focus on the languages or culture of the three Baltic States, to give them the possibility to meet their peers from other countries and universities, to present their academic work and interests, to learn from each other and to make new contacts. The conference welcomes everyone who is currently pursuing a Bachelor’s, Master’s or PhD degree at any university in the Baltic States or elsewhere.

Institute of Literature, Folklore and Art is represented by Kārlis Vērdiņš with plenary speach "Canonization Post Factum: Baltic Fiction in Central European Classics Series”, and Madara Eversone with speach in Literature section Travel map of Soviet Latvian writers (the 70s and 80s of the 20th century).

PROGRAMME OF THE CONFERENCE
ABSTRACTS OF PARALLEL SESSIONS

An article by Jānis Oga on pseudonyms of Latvian writers has been published in the EU COST Action "New Exploratory Phase in Research on East European Cultures of Dissent" (CA16213) or in the "Nep4Dissent" research blog "Blog4Dissent": "Writing under 'Nom de Plume' in Latvia in the Period of Soviet Occupation". The article can be read here.
Postdoctoral studies project no. 1.1.1.2/VIAA/3/19/482.

Within the framework of the project "Urban Experiences: Narratives, Memory and Place Heritage", researchers of the Archives of Latvian Folklore collect stories of Pārdaugava residents. On a cool and sunny Saturday, September 18, Una Smilgaine and Ieva Tihovska met with Jumpravsala gardeners Rasma Griņa, Aija Zīle, Aigars Zemīte, Valērijs, Gunārs, and Gatis. The talks were about the arrangement and significance of the garden ("If you are very stressed about something, put your hands on the ground", "help the children, give each one a box of tomatoes"), about the history and future of Jumpravsala gardens, about the anxiety and addiction on the lease of gardeners, on flooding, thieves and concerts, on the incompatibility of pears and junipers, on beetles eating pigeons, the possibility of keeping a horse, the celebration of Midsummer and birthdays, assistance and organized help. We visited the Aija garden, where a two-meter-long lily grew this year, and the oldest garden houses in Jumpravsala, built in the 20th century 40s.

The 13th International Conference of Baltic Literary Scholars "Shifting Literary Culture since Stagnation in the Brezhnev Era: The Baltic Paradigm"

The 13th conference "Shifting Literary Culture since Stagnation in the Brezhnev Era: The Baltic Paradigm", organized by the Institute of Literature, Folklore and Art of the University of Latvia, will take place on 23 and 24 September 2021 at the National Library of Latvia.

The first biannual conference of Baltic literary scholars took place in Riga in 1996, and it has been followed by meetings in Vilnius and Tallinn. The 13th conference will focus on the Stagnation, an era with its own unique rules and place in the history of the Soviet period. Manifestations of the Brezhnev Era strongly affected cultural processes and continue to influence literature and art today since contemporary authors have experienced the period as adults, adolescents, or children, even if they explored this period only through the eyes of their parents.

Researchers of ILFA continue research of Latvian archives in exile

Between August 15–23, 2021, researchers from the Literature department of the Institute of Literature, Folklore and Art of the University of Latvia, with support from the Baltic-German University Liaison Office, carried out the project "Latvian Archives in Exile: selection of the archive materials, digitization, and interviews in the Latvian Centre Münster and in the House Annaberg of Baltic Christian Federation".

The researchers continued the work done in 2020 in the Latvian Centre in Münster (LCM), and this year travelled also to House Annaberg of Baltic Christian Federation where they studied and digitalized archival material related to Latvian writers, social workers and the activities of organizations in Germany, as well as materials pertaining to cultural communication, Baltic intelligentsia – including Latvians and Germans from the Baltic, Latvian and Estonian – mutual connections and links to German society. The digitized materials will be added to the collection of documents and audio materials of Latvian writers and organizations in the online database of Latvia’s literature www.literatura.lv.

​Registration for Seminar by Liisa Steinby 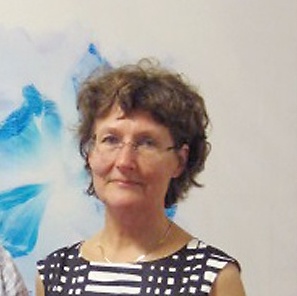 Institute of Literature, Folklore and Art kindly invites you to register for participation in the seminar held on September 15th, 2021, 3:00PM. Liisa Steinby, Professor Emeritus of comparative literature at University of Turku (Finland), will give a lecture titled Literary History Today.

LU LFMI researcher Jānis Daugavietis participated in the 15th conference of the European Sociological Association (ESA), which took place online in Barcelona from August 31 to September 3.

On September 1, Jānis Daugavietis presented a report "Environmental Concern in Neighborhood Context: Comparison of Riga Port Communities at the Individual Level" in one of the environmental sociology section / network sessions. The presentation of the report can be viewed by all interested parties here.

Three LU LFMI researchers - Aigars Lielbārdis, Agita Misāne and Guntis Pakalns - participate in the 18th International Society for Folk Narrative Research (ISFNR) Congress "Encountering Emotions in Folk Narrative and Folklife", which is held in Zagreb, but takes place online from September 5 to 8. The congress is dedicated to emotions in folk tales and traditional culture.

LU LFMI researchers Eva Eglāja-Kristsone, Jānis Oga, Artis Ostups, Zita Kārkla, and Ivars Šteinbergs are participating in the 14th Conference of Baltic Studies in Europe from 1 to 4 September in Uppsala, Sweden. The conference is organized by the Institute of Russian and Eurasian Studies of Uppsala University.
Conference program here.
Read more...

Institute of Literature, Folklore and Art kindly invites you to register for participation in the seminar held on September 08, 2021, 3:00PM. Dirk Göttsche, Professor of German at University of Nottingham (United Kingdom), will present the paper Literary Playing Fields in Motion: Remapping Nineteenth-Century Realism.

Regīna Ezera (1930–2002) is one of the most important Latvian prose writers, who has written novels, short stories, journalistic works and diaries with equal mastery. Her novel “Smoulder” (Zemdegas, 1977) is included in the Latvian Culture Canon for “simultaneously being a striking documentation of her era and a weaving together of timeless themes and characters in a vivid and, at times, strangely surreal narrative.” Read more...

Workshop "Life Writing Collections: Practice and Challenges" is the second episode in a workshop series dealing with the Nordic and Baltic life writing. Its aim is to acknowledge experiences and discuss strategies for creating and managing life writing collections.

The workshop will take place on 20 May 2021 (Thursday).
Registration: https://tinyurl.com/life-writing-collections
Read more...

From May 11 to May 14, an international conference Narrations of Origins in World Literature and the Arts was organized by the European Society of Comparative Literature/Sociéte Européenne de littérature comparée. The event was hosted online by the Department of Humanities at University of Turin (Dipartimento de Studi Umanistici) and the Centre of Comparative Modernisms (Centro Studi Arti della Modernità). Leading researchers of IlFA, Pauls Daija and Benedikts Kalnačs, participated with a paper titled The Textual Genesis of 19th-Century Latvian Literary Culture in the Context of European Literature.